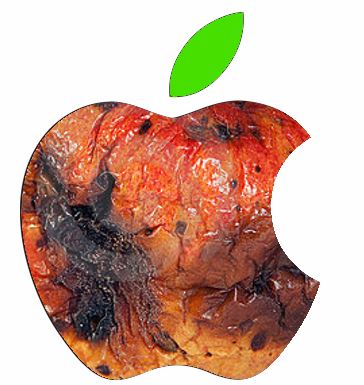 Apple’s record-setting growth has finally come to an end. During the company’s first quarter earnings call on Tuesday, Apple reported its first year-over-year decline since 2003. Apple reported revenues of $50.6 billion, down from about $58 billion during the same period last year. The most telling number in Apple’s earnings report is its dwindling […]

Some super bears are now expecting an imminent collapse of China’s banking system and currency’ Jim Edwards | 16/02/2016 | Business Insider China’s banking sector is now so big that if it lost only of 10% of its outstanding loans to defaults, that would be the equivalent of wiping out about 30% of China’s annual gross […]

A very interesting report carried out by one of the worlds most successful consultancy companies ‘Mc Kinsey’. In McKinsey’s report on the retirement readiness of 2,000 Irish households some serious issues have been highlighted and it should be a cause of concern for the current population along with the Irish Government, the completed report is […]

Global equities (in euro terms) saw further weakness on Monday and Tuesday but managed to rally towards the end of the week as markets appeared to be oversold on a technical basis. Investors continue to focus on China as well as the timing of US interest rate rises. There is now only a 30% chance […]

At this stage we are almost sick to death hearing headlines from Greece and now we have China to add to the mix, here is all you need to know in a few minutes; Greece An agreement has been reached between Greece and its creditors for €82 billion over 3 years. Greece agreed to make […]

Here is all you need to know about what took place over the weekend in 30 seconds; The Greek people voted against the proposed bailout package that would enforce greater austerity measures on its people. The results swung heavily in favour of the ‘No’ vote 69% vs 31%. The Greek finance minister has resigned although […]

Read More
How do funds work?

Often is the case people want to make money investing without actually understanding how investments work. In this short clip we take a quick look at how investments really work!

Read More
Volatility Is Back

Usually the summer months tend to be quiet on the financial markets, however this year things are going to be a whole lot different. The big elephant in the room at the moment is Greece, nobody’s quite sure if they will strike a deal with the ECB and meet their debt deadline or if we […]

What Happened last Week Global equities (in euro terms) fell back as European equities lost all of the previous week’s gains. The Greek debt situation is now very much centre-stage. Euro currency weakness has significantly enhanced returns for eurozone investors in 2015, Equities continue to be supported by the expectation of reasonably strong corporate earnings’ growth […]

In the current near zero interest rate environment, there is greater demand from clients for investment solutions with lower volatility. With the outstanding success of the well documented Standard Life (GARS) fund, we have seen the introduction of Standard’s latest absolute return fund ARGBS (Absolute Return Global Bond Strategies Fund). What are absolute return funds? As […]