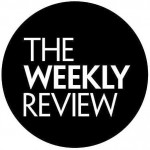 Global equities (in euro terms) had a strong week as sentiment improved on the back of a Russian-Saudi oil production freeze and perceived stronger conviction from Chinese authorities in respect to controlling Yuan price fluctuations.  Market concerns abated slightly during the week as FOMC and ECB minutes gave little for the market to digest. However, mixed economic data from both developed countries and China led investors to tread carefully.  ‘Brexit’ worries came to the fore during the week as negotiations continued at the EU Summit. With a UK referendum set for 23 June, Sterling currency volatility is also envisaged as the campaign continues.